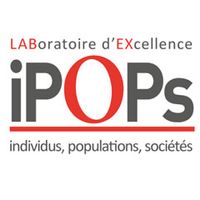 The iPOPs projet -Individuals, Populations, Societies - is one of the hundred "Laboratories of Excellence" selected in 2010 by the French Ministry of Higher Education and Research under its programme of investment in the future financed by the national loan scheme (known as "le Grand Emprunt").

Hosted by INED in partnership with four universities and the Campus Condorcet, iPOPs aims to occupy a central position in research and training in the population sciences, and to place its research at the disposal of the economic, social and political worlds.