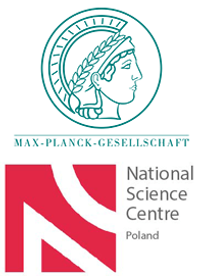 The Max Planck Gesellschaft is Germany's most successful research organization. Since its establishment in 1948, no fewer than 18 Nobel laureates have emerged from the ranks of its scientists, putting it on a par with the best and most prestigious research institutions worldwide. The more than 15,000 publications each year in internationally renowned scientific journals are proof of the outstanding research work conducted at Max Planck Institutes – and many of those articles are among the most-cited publications in the relevant field.

NCN is a government agency, supervised by the Ministry of Science and Higher Education, set up in 2011 to support basic research in Poland.

Basic research is defined as experimental or theoretical endeavours undertaken to gain new knowledge of the foundations of phenomena and observable facts, without any direct commercial use.