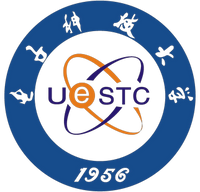 University of Electronic Science and Technology of China (UESTC)

Renowned as China's cradle for the national electronic industry, University of Electronic Science and Technology of China (formerly Chengdu Institute of Radio Engineering) is situated at Chengdu, the city of over a thousand-year-old cultural history in "the land of abundance". In 1956, instructed by Premier Zhou Enlai, UESTC was founded on the basis of the incorporation of electronic divisions of the then three universities including Jiaotong Universities, Nanjing Institute of Technology and South China Institute of Technology. As one of the seven earliest key universities in national defense, UESTC became one of the nation's key universities in 1960. Then, in 1997 it was included as one of the first universities into "Project 211", a project in China for developing 100 first-class universities and a number of key fields of research for the 21st century. In 2001, UESTC was admitted into the nation's Project 985, receiving special support for developing world-class universities and world-famous research-oriented universities. In 2017, the University was selected as one of  "Double First-class" universities (Top 36).

Sixty years' efforts and cultivations have witnessed the University's process from sole dependence on electronic information engineering to all-around programs in electronic disciplines, and the University now turns out to be a key multidisciplinary university with electronic science and technology as its nucleus, engineering as its major field and featured the harmonious integration of science, engineering, management and liberal arts, well prepared at the call of the history to come up as a high-level research-oriented university.

In the new century, electronic information science and technology as the lead for modern high-tech development demonstrates a more swift and violent stance. In face of the new chances and challenges, the staff of the University will hold on its notion of "to seek facts and truth, to be noble and ambitious" in the pursuit of excellence and embark on the journey to a more glorious future.

Assistant Professor in the Institute of Fundamental and Frontier Sciences, University of Electronic Science and Technology of China